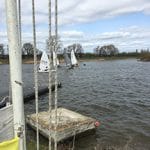 With today being Mothering Sunday entries for the last two races in the Snowdrop series was low. Just five boats took to the water for the first race in a stiff force 4 to 5 ENE wind. Although there were five different boats involved ranging from Phantom to Laser Radial racing was close for the […] 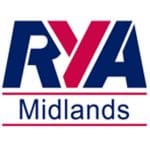 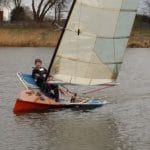 This coming weekend (Friday 29th and Saturday 30th March) will see the start of the 2019 casual sailing season and the forecast is looking good. 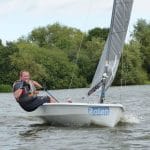 Pleasant weather but a gusty wind welcomed the competitors this Sunday. Duncan Adams won the first race easily from the ever improving Louis Mok and Ray Kemish third. Ray was trying his best for the Flying Centerboard early entry with three capsizes although was beaten in that area by a mammoth capsize by Kevin Milton […]

We have four spaces vacant still for the RYA powerboat level 2 course on the 10-12th May. We run this course for a very modest £25 for members only, to help us to maintain a competent base of crew to run the safety boats throughout the year, without which the club would not be able […]

We have four spaces still available to members for the powerboat level 2 course running over the weekend of 10th to 12th May. The club runs this course for members to enable us to provide competent powerboat crew for rescue boat duties through the year. As such the fee is a very good value £25. […] 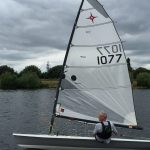 Lighter winds than forecast allowed Race Officer Duncan Adams to set a testing course that enabled the competitors to visit almost all of our marker buoys. Race 1 was led away by Kevin Milton in his Phantom but Kevin Last slowly reeled him in to finish within a minute and of the Phantom and win […]

Apologies, as I had switched off duty swapping when loading the 2019 rota. Swapping is now activated again. Thanks to Dennis King for spotting and completing the first swap of the season with Malcolm Davidson. You will also see on the right of this page that the Dutyman calendar is starting to show more events […] 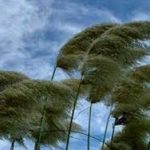 40 knot winds meant there was no racing today. We go again next Sunday at 14:00hrs.

Seven boats took to the water for the first race of the season which started slowly in very light winds. By the first mark two Phantoms had started to show their speed in the light airs and got away. Named storm Freya was forecast to come in from the south west and as the race […]