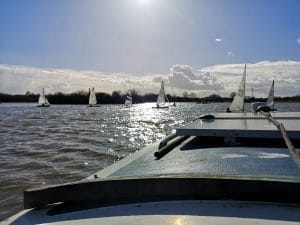 We have seen a great start to getting back on the water since things have been lifted.
While a little short with only 5 races in the series a total of 21 sailors took to the water to race in the series.
It has been great to see the old faces back out with the wind in their hair and even better was to see the new Face of Sam Dunlop in his comet who took his first steps to joining in with the club racing after learning to sail last year, he sailed in some very testing conditions so well done same keep it up. (if you would like to give club racing ago get in touch)

Series 2 ended with a clear winner, Duncan taking 5 bullets for the win. The battle was for 2nd and tried which was take down tot he last race whoever won from Mike P or Kev Last would have taken the 2nd place. but with a 57sec lead on correct time Kev clinched the spot from Mike.

In fourth place was the one to watch for this season Roger Day in his Gull, we all know the story about the tortoise and the hare… well it’s the Gull, not the tortoise with Roger!