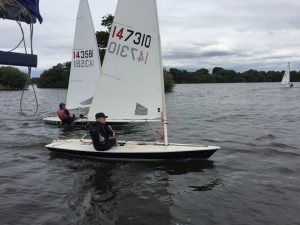 A great turnout for both races as the eight race Summer Series started.

Best wishes for our Supernova sailors at the Supernova National Championships in Pwllheli next weekend.