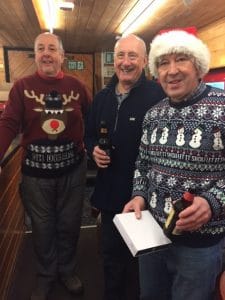 A pleasant sail in light winds and enough chill to need to keep active saw 13 boats race in the annual Christmas race. The fleet were soon spread out with the Phantoms of Keith Brereton and Kevin Milton battling it out at the front. A few boats overladen with tinsel and LED lights struggled in the conditions so interesting to see a brand new Supernova doesn’t go so well when tinsel replaces the fore-stay. First Supernova on the water was the ever improving Nick Whiles with Mike Pritchard first Laser.

After three laps OOD Duncan Adams called it a day and after the calculator did its tricks Kevin Milton came third overall with Nick Whiles second and Mike Pritchard first overall in his first race after six weeks out of action.

Thanks to Gillian and Roger Day for providing food at short notice following sudden illness of our Social Secretary.

Next race is on Boxing Day (26th) with a refreshingly early start at 11:00hrs. 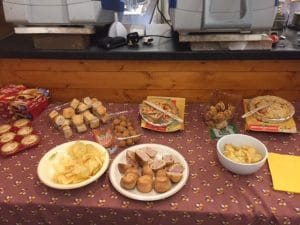