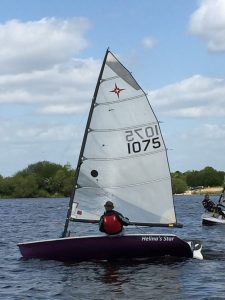 A great turnout in Race 1 with 23 entries battling the conditions and making for a very busy time for Trevor Ross-Gower and Peter Hampshire in the safety boat. Bob Cuerstemont won with Ray Kemish second beating Rob Corner by 6 seconds on corrected time. The fleet halved for Race 2 with Rob Corner winning fast fleet from Jon Adams and Kevin Milton. Great comeback from Jon who should have paid more attention to father Mick’s comment their was pin ring on the bottom of the boat – transpired the pin alone was holding the main sheet in place and on a run with kite up everything came our and Jon went swimming. The Slow fleet was won well by Ray Kemish, from Mike Pritchard. The three leading Comets finished within 7 seconds of each other – Andrew Beaumont a second ahead of Josie Adams and a massive seven ahead of Malcolm Davidson. 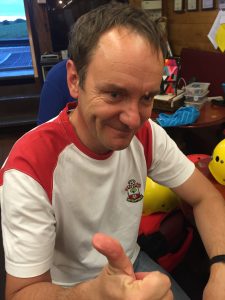 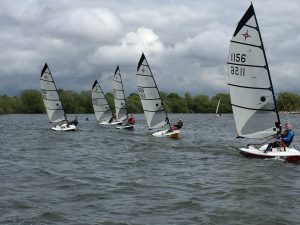