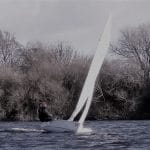 Boxing Day race was held in lovely sunny weather with enough wind to get the fleet planning and swimming. Dave Bexson had a stunning start to lead the fleet on […] 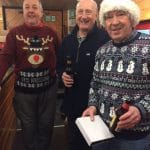 A pleasant sail in light winds and enough chill to need to keep active saw 13 boats race in the annual Christmas race. The fleet were soon spread out with […]

At the end of the current season there were seven boats which we could not match to a paying owner. These are shown in this post. If you can identify […] 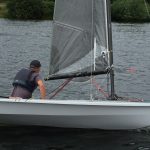 Paul Jago and Kevin Last won the two races today in balmy weather. Poorer performances from Kevin Milton and Roger Day but despite this they both tied for first overall […] 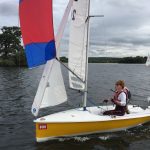 Nick Marlow provided a stunning performance today to win both races first on his own and then secondly with Ruth. Unfortunately with the dreaded DNC for too many races they […]

I have put up a blank sheet in the clubhouse today so you can enter your preferred dates for 2017 duties. The Dutyman rota will go live in early to […] 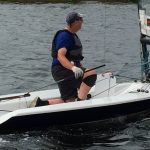 A new boat seems to be doing Roger day no harm as the Frostbite series come to a close. Two wins today means it is a battle between Roger and […] 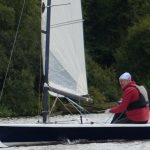 The continuing cold and blustery weather is keeping a few members at home although balmy weather is expected next week. Meanwhile Roger Day in his brand new Supernova won the […]

The club Annual General meeting wiill be held in the Clubhouse from 19:30hrs on 10th November. You should have had details posted to you but if not received or lost […]